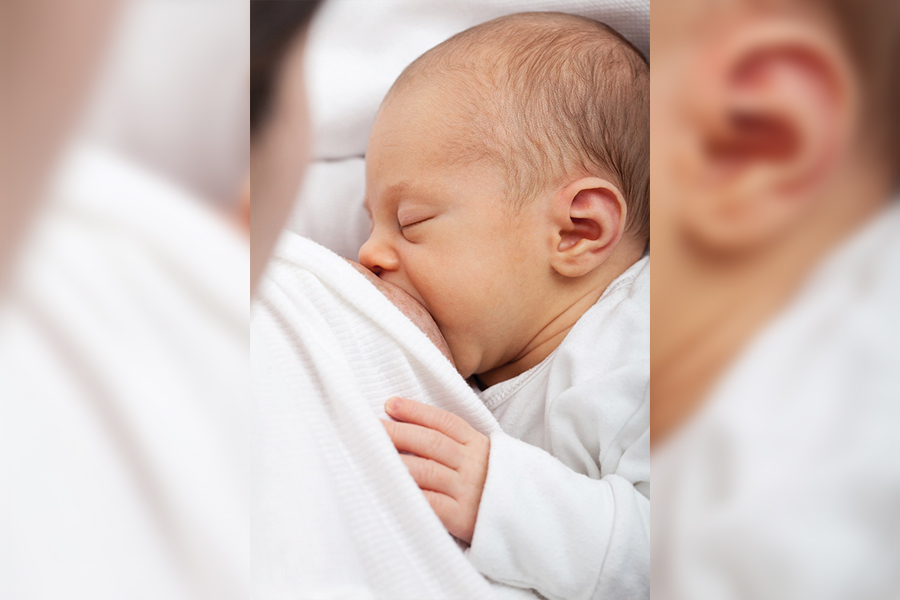 Pediatricians and microbiologists have shown that a short dose of a probiotic product given to breastfed newborns can have enduring impacts on their gut microbiomes. The probiotic Evivo boosts the presence of Bifidobacterium longum infantis, a beneficial bacteria that specializes in breaking down complex sugars found in human breast milk.

“The cool part of this story is here is one particular kind of bacteria that is really good at consuming human milk oligosaccharides — better than anybody else,” said Dr. Mark Underwood, who serves as chief of pediatric neonatology at UC Davis Medical Center. “And here’s the mom who is making these sugar molecules and putting them into her milk at great cost to herself. The bottom line is that the mom seems to be shaping the microbiota — or the composition of the bacteria in the gut — by putting these sugars into her milk to try to selectively feed healthy bacteria.”

Human breast milk is largely composed of lactose and fat, but substantial amounts of protein and human milk oligosaccharides are present. HMOs are complex chains of sugar that humans cannot digest. B. infantis is the only known bacteria that is equipped with the enzymes to break down all known HMOs found in human breast milk. These tools give it an advantage in colonizing space in the intestines of breastfed human infants and clearing out pathogenic bacteria, which can produce inflammatory enterotoxins.

“It’s most likely that a combination of interventions resulted in this effect,” said Steve Frese, the associate director of research and development at Evolve Biosystems. “Formula feeding reduces the abundance of human milk oligosaccharides that B. infantis depends on, caesarean sections reduce the ability of B. infantis to be transferred, and on top of that, this is an organism sensitive to penicillin antibiotics — which most kids get early in life at least a few times — and mothers are often given around birth to prevent Group B Streptococcus infection of infants or as antibiotics for C Section.”

After giving Evivo to breastfed babies between days seven and 28, B. infantis levels spiked from around 30 percent to 80 percent of all bacteria measured in stool. At day 60, after 32 days of not taking the supplement, the levels of B. infantis remained remarkably stable, a departure from typical probiotic responses.Read more on TheAggie.Org